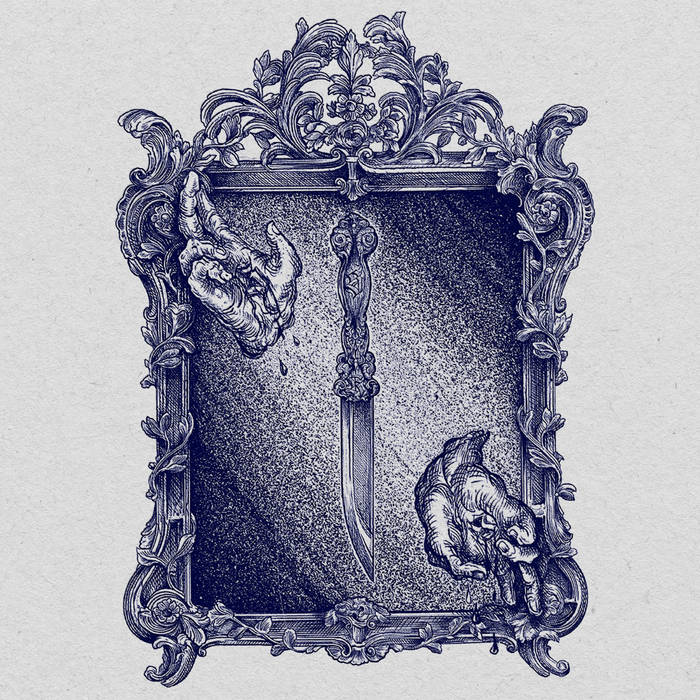 bcb723 You will remember the screams...A really beautiful, under the radar release. An amazing and hypnotic sound of atmospheric black metal expertly mastered by Mare Cognitum which presents an overwhelming sense of sadness and loss mixed with rays of hope. The pain which begins at 5:50 of "This Numinous Loom" really encapsulates the rage I feel against the state of the world at the moment. A complete package and highly recommended. And you will remember the screams... Favorite track: This Numinous Loom.

Darknight The soundtrack for the bleakest of times and shows us that there is brightness inside this kind of stunning atmospheric black metal. Silver Knife are a force to be reckoned with! Favorite track: Conjuring Traces.

Vileinist Wails of dread, furious frantic drumming, and riffs that scream without being “loud”. Something about Silver Knife’s particular mix of ingredients leaves a potently satisfying aftertaste that will have you coming back for another listen.

DonOfTheSevil Bleak yet bright. Grim yet hopeful.
Just what we needed during the dog days in the last throes of summer⚰️ Favorite track: Conjuring Traces.

Reece Knippel An international band with members from Belgium, France, and the Netherlands. Meditative and melodic with haunting vocals. Each member injects their own countries black metal flavor into this unique dimension resulting in an enthralling listen. Favorite track: Unseeing.

The Skree of Culloden

Silver Knife are a Belgian/Dutch/French black metal entity driven by an aggressive melancholy, and Unyielding/Unseeing is their first public recording. Written and recorded in Belgium during the Summer of 2019, these six songs embody both a reminiscence and departure from the musical styles the musicians have exhibited through bands like Cult of Erinyes, Hypothermia, Laster and Nusquama. Balancing between a bittersweet, glimmering atmosphere and sheer force whilst engaging with themes such as obscured alienation and interminable conflict, Silver Knife provide a sharp soundtrack for those who are too reluctant to wallow in self-pity, offering a harsh incentive in the midst of trying times.

Mastering done by Mare Cognitum's Jake Buczarski.
All artwork by Business for Satan.