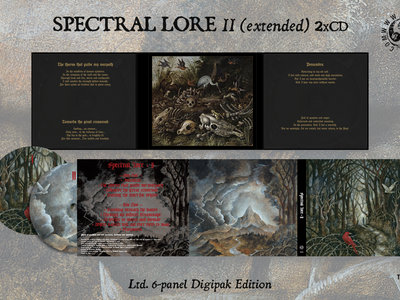 THIS IS A PREORDER! IMPORTED FROM SPAIN! These will most likely land in late February.

An import courtesy of THRONE RECORDS distributed by EXTRACONSCIOUS RECORDS

• Ayloss has recorded bass guitar for this album along 2020~2021, which was absent from the original recording, and done some extra post-production work.

The addition of bass lines in “II” changes the whole album’s atmosphere and depth. It’s not just listening to an enhanced recording, but a complete different experience on itself.

• Features an unreleased song from these sessions, which was found along the process: “Penumbra“.

shipping out on or around March 1, 2022
Purchasable with gift card